In July 2019 WBA was approached by members in Australia and the UK concerned that their voices were not being listened to, correspondence they had sent to Equestrian Australia had gone unanswered, they asked the WBA to intervene in a rule they felt was biased and unfair.

The WBA had 107 days in which it was tasked to retrieve, review & analyse all the available data, listen to rider statements, research all relevant FEI/EA rules, commissioned reviews & reports.  107 days to seek the in-principled support & opinion from the world’s leading Academics, Scientific & Welfare organisations in order to present our initial findings & request to stop the BAN with the International National Federations & the FEI on the 5th August.

World Bitless Association does not yet have the benefit of a signed MOU (Memorandum of Understanding) such as the World Horse Welfare has with the FEI, this has meant that our correspondence has not received a clear pathway to the FEI eventing committee or the President’s Office, which is of some regret & frustration given the timescale and importance in order to formalise dialogue with the FEI.  WBA have written today (11/10/19) to the FEI including all of the evidence and data available to us, we very much hope that to quote the FEI, this rule, is “not yet set in stone” and the proposal will be withdrawn on November 16th -19th at the AGM in Moscow. The WBA has not received a response from EA answering our concerns.

For transparency, our findings are now public.

The World Bitless Association (WBA) is opposed to the proposed change in the rules which govern this sport.
WBA have now consulted with a range of academic institutions, welfare organisations and professional equestrians from around the world.  These parties have supported the assertion by WBA that there is no evidence to support this ban. The right of riders to be able to choose bitless or bitted bridles should remain as the rule has always been:

Riders should continue to be able to decide what type of bridle, bitted or bitless, is best for their horse.  We have examined the Federation Equestrian International’s (FEI’s) own guidelines, their commissioned reports and data relating to fatalities and serious injuries.  We have also examined expert opinion on welfare and safety in Eventing, particularly in the cross country stage. 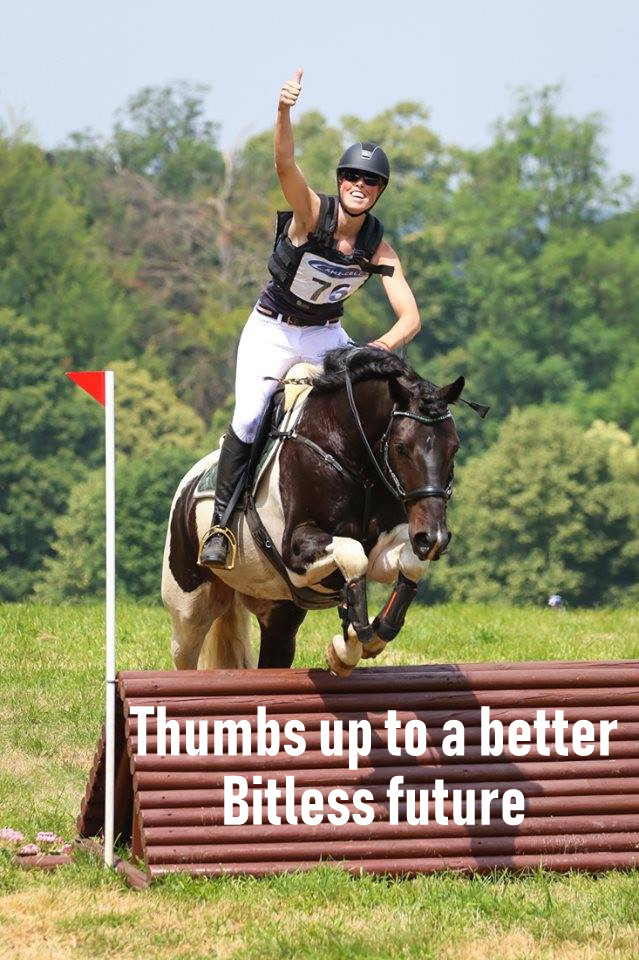 World Bitless Association to meet with the Federation Equestrian International

Photo – Leilani Dowding & Rosie UK WBA needs your views and opinions! In a world-first, the